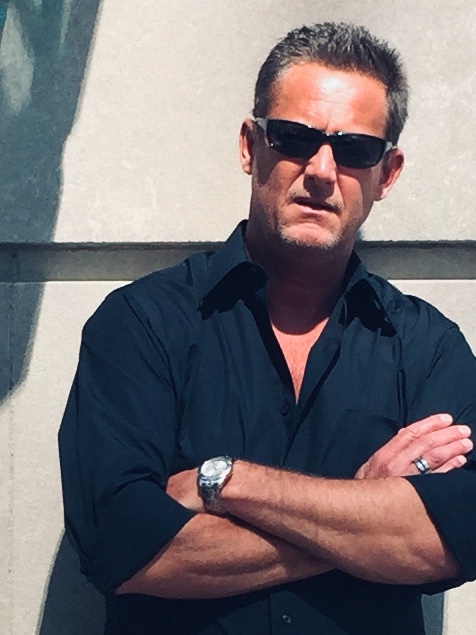 The beloved system they’ve arranged for themselves is under attack. That’s why establishment members one and all are so distressed.

No one has ever challenged them like Donald Trump, has ever dared call them “the swamp” and “fake news,” and summoned them and their precious system to the public carpet. And because he did, establishment members one and all have been forced to reveal their loyalty. All have had the opportunity to stand up for America, incidentally, and for the constitution, the rule of law, and the American people. And most have refused, to include some ponderous surprises.

Assisted by the national news media, the Russian collusion cabal grandly deceived the American people. Collusion was a proven and undeniable political hoax—a treasonous hoax, actually. It was “fake news” created and put forth by “the swamp.” A grand lie carried on for years by the “beloved” establishment at obscene taxpayer expense. Most importantly, it was falsehood that renders the six-year establishment attack on Donald Trump thoroughly unfounded and illegitimate.

Talk about having your enemy full-mounted and set-up for some punishing ground-and-pound. Does it get any better than a historic and treasonous political hoax by your political rivals? A scam that cost an industrious, hard-working citizenry millions in hard-earned wages, and that caused years of unnecessary national turmoil and grief, no less?  Ordinarily, campaigning is just griping about raised taxes and wasteful spending. But now your treacherous rivals have been caught in a historic and treasonous fraud.

Why, it’s the opportunity of a political lifetime! Cue: ground-and-pound.

One question in the inexplicable silence of inaction: where is Mitch McConnell? In fact, where are the Bush’s, Jeb and George W.? Where are Liz and Dick Cheney? Where are Alaska’s Lisa Murkowski and Maine’s Susan Collins? Where is the Lincoln Foundation, and Bill Kristol? Where are all the republicans but Jim Jordan, Matt Gaetz, and the small but fearless and hard-punching band of conservative sisters and brothers?

Their political rivals available for some brutal and devastating ground-and-pound, and the vast majority of republicans are balking. When they should be daily—relentlessly, mercilessly—reminding the American public of their rival’s treasonous collusion hoax and the obscene taxpayer expense, among other equally injurious issues born of six-years of Trump derangement and treasonous fakery.

But, no. This election-guaranteeing weaponry at their disposal, and republicans are not only balking. They’re assisting the criminals!

Desperately needing to regain control of congress to bring the conspirators to justice, for example, McConnell is ragging on republican congressional candidates. Meanwhile, Liz Cheney and republican sidekick, Adam Kinzinger, are desperately trying to indict Donald Trump for the “insurrection” events of January 6. While Cheney’s father, former vice president Dick Cheney, is labeling Trump “the greatest threat to the republic” in her campaign ad.

Their beloved system is under attack, that’s why. And republicans are just as loyal to it as democrats. No? The establishment is undoubtedly controlled by liberals—thus the “liberal establishment.” And if these republicans aren’t fiercely opposing the establishment, aren’t delivering the politically punishing ground-and-pound, then to whom are they loyal?

The liberal establishment or the American people?

These republicans, RINOs as they are not so affectionately known, were never loyal to America or the American people; they only pretended to be. How do we know? Because they have the chance to show loyalty now to the constitution, to the rule of law, to the flag, to election integrity, to federal intelligence and law enforcement integrity, to the truth, to equal justice for all, and to the United States and the American people. All have had the chance, and yet …

they’re assisting their political rivals and protecting their beloved establishment.

Did the Russian collusion hoax happen? Yes. Did it then render the six-year establishment attack on Trump thoroughly unfounded and illegitimate? Thus, a fraud? Thus, “fake news” created and put forth by “the swamp,” aka the establishment, and a lie carried on for years establishment-wide? Yes to all.

Is such a thing immoral, and criminal? Against everything the United States stands for? Yes and yes. And are these RINO republicans out there saying so? In full-mount, are they bludgeoning their political rivals or the establishment either one with their immorality and crimes?

No. It’s politics as usual:

We have a really good chance to flip a house/senate seat this fall.
Republicans have to have a clear agenda, and cannot be outspent.
What republican candidate can keep Trump from regaining the White House?

Any talk of the collusion hoax? Of FBI, CIA, and news media involvement and corruption? Of Hunter’s laptop? Of “president” Biden’s affiliation and familial crimes? Of Jeffrey Epstein and Ghislaine Maxwell’s heinous sins?

The beloved system is under attack.

Rather, the established order to which many republicans have secretly belonged, and to which Trump forced them to reveal their loyalty, is under attack.

Election-guaranteeing weaponry at their disposal, and the vast majority of republicans are safeguarding the establishment.

It’s understandable, really. Establishment membership is a good life. That’s why members one and all are stepping forward in protection. To include the ponderous surprises: McConnell and his establishment republican kin—stepping forward not in word, but in deed. Meaning, not discussing establishment sins and putting the establishment at risk. Meaning, not delivering the ground-and-pound that a genuine American loyalist and patriot would deliver to treasonous criminals, but instead helping the criminals destroy the one person who summoned members and their precious system to the public carpet.

McConnell and his kind, and the entire establishment membership, actually, like things the way they are—the power, the access, the wealth, the control, the invulnerability. They like being first to eat and getting all the focus and attention. The mere thought of forfeiting such luxuries, of servile ordinariness, makes members one and all shiver.

Only, their system is on the verge of being not just fully exposed, which is terrifying enough, but also destroyed. If the American people en masse—meaning: when liberal voters get their heads out of their kazoos—begin to comprehend the corruption and injustice, it’s curtains for the established order, and perhaps worse. That’s why McConnell and his RINO kind are assisting their political foes, er, their fellow establishment members. That’s why McConnell and his kind don’t do, say or stop anything the establishment is undertaking. That’s why they don’t get daily involved, don’t jump on board and defend their fellow republican, Trump—the establishment anti-Christ.

That’s why they don’t discuss the Russian collusion revelations and, like the establishment news media, ignore the Hunter Biden laptop scandal. All know what the revelations mean to establishment life, to their power and control over American thought, belief, and culture. Hunter Biden can be a junkie and sexual deviant, fine. But if his father, the “president” of the United States and card-carrying liberal and establishment member, were involved in financial corruption with one of America’s primary enemies.

What they can abide, however, is ragging republican congressional candidates, trying to indict Trump for insurrection, and calling him “the greatest threat to the republic.”

Just like they ignored election fraud not only in 2016—the collusion hoax, but in 2020, too, via mail-in ballot fraud. Then again, McConnell and crew didn’t really ignore the 2020 fraud. Safeguarding the establishment, they claimed the establishment anti-Christ, Trump, had no basis for the allegation. This, despite the ballot-filled suitcases under vote counting center’s folding tables; despite these centers inexplicably shutting down for several hours; and despite a loathsome, demented, basement-dwelling, twice-failed presidential candidate receiving more votes than any president in American history—all of which McConnell and crew ignored, too.

Hence the verdict: establishment members aren’t devoted to democracy, the flag, the constitution, individual liberty, or to the United States and the American people. They’re loyal to the establishment. To their fellow liberals. To their club. Thus, Trump publicly calling their club corrupt and criminal, the entire establishment went on offense to protect their way—all hands on deck.

Establishment members are devoted to the establishment, and thus themselves. Each are doing whatever they must to eliminate the threat, Donald Trump, and ensure their way of life.

It’s either Trump or them, and Trump clearly isn’t letting it go, which presents a problem for the establishment. In a word it’s: resources. The establishment has unlimited funds. Where most everyone else would be forced to submit, Trump has the resources to fight them, and worse, to expose and destroy them. This establishment members know. So, accusation after accusation, committee investigation after investigation, court filing after resource-draining court filing, they keep pressure on and hope alive—for six-years and counting.

It’s the only way.

Bottom line: Trump cannot survive. What exactly that means has yet to play out.

The thing is, if Trump sues the government for libel, for all its lies against him and the damage to his reputation, which he most certainly will do, eventually. It’s the American people who will pay the restitution. Not the government. Not the collusion conspirators. Not establishment members.

Thomas Sowell: “It’s hard to imagine a more stupid or more dangerous way of making decisions than by putting those decisions in the hands of people who pay no price for being wrong”—or for doing wrong.

Americans get angry at Washington and the establishment—the perpetual lies and deceit, the corruption, the wasteful spending, the profiteering, the treasonous coups, the two-tiered justice system, the bias and conspiratorial news media that allows it all—and elect anti-establishment, pro–populace and -American firebreathers like Ronald Reagan and Donald Trump.

Thus, the ceaseless and ongoing establishment attack of Donald Trump. A sustained, relentless beating through which the establishment delivers a public message: if you f- with us, this is what awaits you.

And skulking in the establishment compound, trying to avoid the cameras and to remain unnoticed, are a slew of Grand Old Party republicans who will assist in the ground-and-pound.

Writer View all posts by JMW